Harvey in the Hall 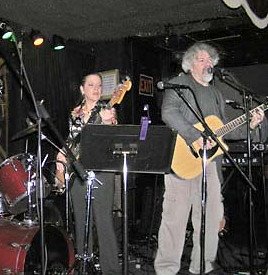 Early in August, I spent three days at the home of Harvey and Dolli Gold in Bath Ohio. The purpose of the visit was to try and record a few of Harvey's songs in a relaxed home environment. Harvey and Dolli live in a restored turn of the century school house in the woods. It sounded great!
Harvey played guitar, keyboards and sang all the vocals.
Debbie Smith of Chi-Pig played bass and "Bongo" Bob Ethington on drums rounded out the trio. Dan Auerbach of the Black Keys played guitar on two of the songs and brought us that modern vibe.
Harvey and I will be finishing the tracks and mixing in Orlando in November.
Posted by bh at 7:03 AM


Feel free to surf to my web blog Fusiongth.Ok1.pl

I was curious if you ever thought of changing the structure of your
site? Its very well written; I love what youve got to
say. But maybe you could a little more in the way of content so people could connect
with it better. Youve got an awful lot of text for only having 1 or two pictures.
Maybe you could space it out better?

Review my web blog ... give me free microsoft points codes

After going over a number of the blog articles on your site, I seriously appreciate your way of blogging.
I bookmarked it to my bookmark site list and will be checking back soon.
Please check out my web site too and tell me your opinion.


Here is my homepage :: Unknown

My page; The Interlace

Your way of explaining all in this post is truly good, every one be able to simply be aware of it, Thanks
a lot.

Here is my homepage :: league of legends hack

I am in fact pleased to read this web site posts which carries tons
of useful facts, thanks for providing these data.

Here is my web page :: World Of Tanks Hack

I’m not that much of a internet reader to be honest but your blogs really nice, keep it up!
I'll go ahead and bookmark your website to come back later. Many thanks

Good day I am so grateful I found your weblog, I really found
you by mistake, while I was browsing on Bing for something else, Anyways I am here now
and would just like to say thank you for a fantastic post and a all round enjoyable blog (I also
love the theme/design), I don’t have time to read it all at
the moment but I have book-marked it and also included your RSS feeds, so when I have time I will be back to read more, Please do keep up the great jo.

We absolutely love your blog and find a lot of your post's to be exactly what I'm looking for.
can you offer guest writers to write content for you personally?
I wouldn't mind writing a post or elaborating on a few of the subjects you write about here.
Again, awesome web log!

Also visit my blog: how to Get Your ex Back

Hello There. I found your blog using msn. This is an extremely well written article.

I'll make sure to bookmark it and come back to read more of your useful info.
Thanks ffor the post. I will definitely comeback.

Have a look at my web page http://niceblasphemy5435.over-blog.com/